We had a weeks holiday in Iceland in October 2017. We usually go somewhere sunny but since it was the year of my 50th birthday and we had talked about going to Iceland for a while we decided it would be a good time to do the trip. We stayed in downtown Reykjavik in the Radisson Blu 1919 hotel near the harbour. It turned out to be a very good location but boy did we pay for it. Room only worked out more expensive than all inclusive in a RIU hotel in Tenerife! But we knew Iceland wasn’t going to be a cheap holiday.

Here are some photographs from the holiday. All were taken with a Fujifilm X-T1.

Reykjavik has a busy harbour with a range of vessels from commercial, tourism and also the Icelandic coastguard and military.

The Harpa concert hall in Reykjavik is an amazing building. This photograph was taken in the afternoon during a walk along the waterfront. It is made up of different shaped glass panels and these hexagonal structures. It is lit up at night with an amazing light show as we will see later. 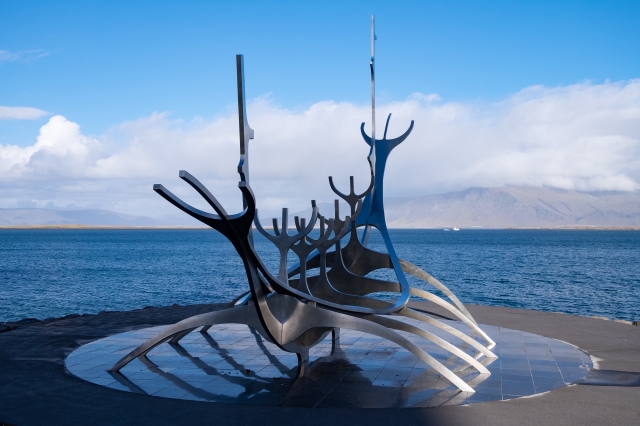 The Sun Voyager is a sculpture on the waterfront in Reykjavik. The sculpture was built to commemorate the 200th anniversary of the city of Reykjavik in 1990.

Pingvellir is a national park. The national parliament of Iceland was founded here in 930AD and held its sessions until 1798. It was raining heavily when we arrived but is cleared up a bit, although it was still quite misty. 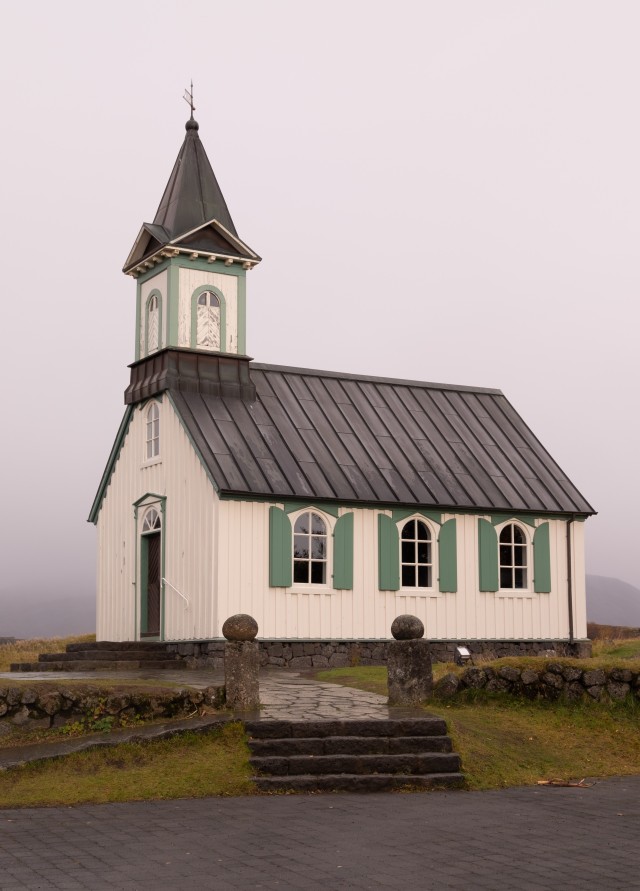 This is the church at Pingvellir. I had to wait a while to get a photograph without people trying to see in the windows.

We decided to book an aurora trip one evening, we reckoned the tour companies would know the best places to hopefully get to see the aurora. The company we used “guaranteed” you would see the aurora or you could get another trip for free. Since we were there for a week we thought it would be worth it. We were not disappointed. The bus picked us up at our hotel later in the evening and headed north out of Reykjavik into the country. The bus stopped in a car park just after midnight and this is what we saw. We must have been watching for around 45 minutes before the aurora started to fade. 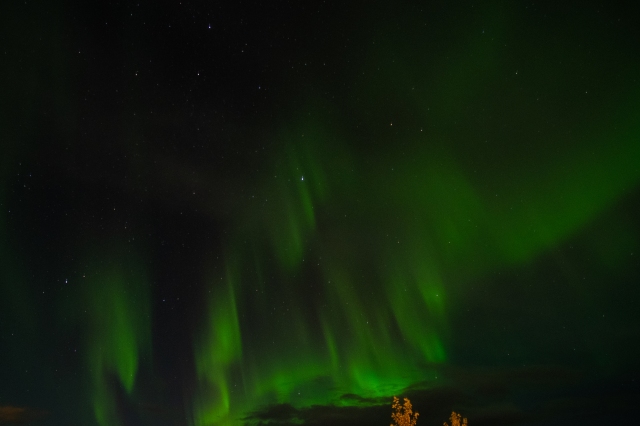 Trying to photograph the aurora at night isn’t easy and the camera cannot capture the scene the human eye sees.

These are only 2 from the 40+ photographs I took that night. As with everything in Iceland, the trip wasn’t cheap but that night was well worth it.